FREE: How To Create Killer Offers with the OUTPITCH Formula --> Click Here For Free Videos + Worksheet 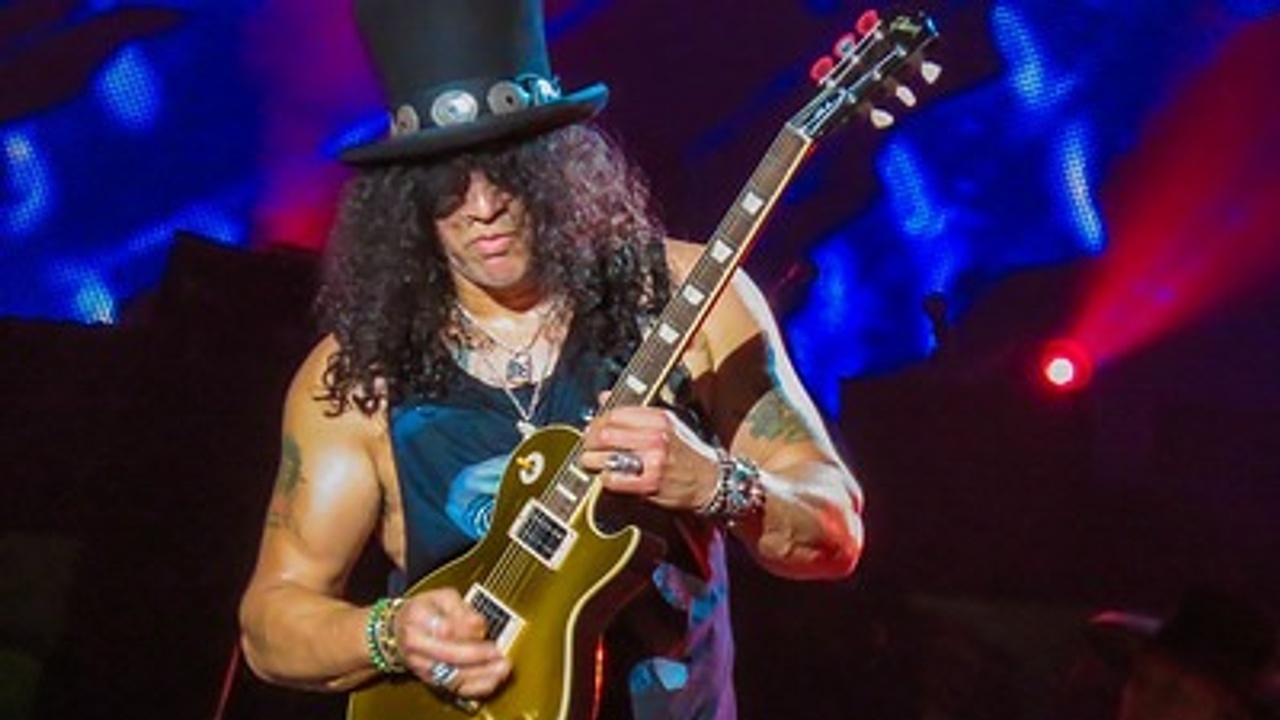 "As soon as Guns began to play regularly in LA, we started up a phone and mailing list.

We obsessively made sure people who came to shows signed up – well, actually, what we did was send stripper friends out into the audience and have them convince people to sign up.

Obviously we had to write good songs and play well live to get a bigger audience… but the mailing list really worked for us – within six months we had a thousand names with contact info for each.

Other bands had mailing lists, but one of the secrets to GNR’s success was how much time and effort we spent building and maintaining ours…

We were relentless about calling the names on our list.

At first we had to hustle really hard… but we grew our fan base faster as a result; as our mailing list expanded, it was easier and easier to sell tickets to our shows…"

GNR’s smart strategy of building a list and keeping in contact with it - prior to even getting a record deal – started the buzz that would ultimately help the band go on to sell 30 million copies of their debut album, a feat no other act has bettered.

So what can we marketers take away from the Guns N’ Roses experience, as we seek to build our own lists and communities?

Lesson 1: You must provide a compelling reason for people to opt-in to your list.

GNR had strippers. Now, it's conceivable to me you may not have the exact same weapon in your arsenal, but...

You, too, need an opt-in incentive that is attractive to your target audience.

Figure out what you can offer that is free or low cost to you but that will have a genuine value for your ideal customers and provide it as an incentive to join your audience.

Lesson 2: Like Guns, you need to ‘write good songs’ and ‘play well live’ – in other words, fulfil your core responsibilities to customers – but don't imagine this alone will get you where you wanna go.

To really succeed, you must also expend ‘time and effort’ with the sole purpose of ‘building and maintaining’ your list too.

Without a constant replenishment of new leads, new prospects, new people on your list... even the best business must ultimately fold, because no client lasts forever.

Many do the hard part of gathering contact details, then never contact them, or just blast something out next time they have a sale.

But you need to build your relationships constantly – which means regular contact.

Weekly is a good place to start.

Automated emails are great tools for doing this at minimal effort.

BTW, in case you are thinking Guns might just be some weird outlier with all this 'list building' stuff...

Metallica, Morrissey and the Grateful Dead all recognised it too…

Being something of a rock book junkie, I’m intrigued to see these same lessons crop up time and again.

To me, it’s no coincidence that two former fan club organisers, in Metallica’s Lars Ulrich (ran the US Motorhead fan club), and Morrissey (ran the UK New York Dolls fan club) went on to build fanatical followings for their own acts.

And, as David Meerman Scott and Brian Halligan point out in Marketing Lessons From The Grateful Dead, ‘The Dead’ were pioneering the building of a community of ‘Deadheads’ as far back as 1971:

"From the outside, the Grateful Dead looked like they didn’t have a clue about business, but in reality, they were forward looking, especially when it came to building their database and connecting with their fans – a lesson companies today can readily apply…

…(the band) placed its ‘Dead Freaks Unite!’ notice on the inside sleeve of the Skulls and Roses album in 1971, marking the beginning of the Grateful Dead Fan Club and growing the mailing list…

At the time, it was a radical idea for a band to add a ‘call to action’ to an album as an overt way to build their mailing list – and by extension, their following.

Six months after running the notice, the band had 10,257 names on their list, including 885 from Europe…

Five years later, the list had grown to 63,147 names in the United States alone…"

All the acts I’ve mentioned understand a basic truth: no matter what business you’re in, the community you build around your business is your lifeblood.

If you’re not building a community around your business based on providing value to customers and potential customers, the best advice I can give you is to start now.

Heck, the Grateful Dead would have squinted at you sideways had you even uttered the phrase "Personal Computer..."

YOU on the other hand can set up a Facebook page in minutes and start building your email list in 30 with ActiveCampaign.

It's so easy, as Axl himself sang, I can only say You're crazy if you don't do it.

But that's probably enough Guns references for one blog post...

Please take my FREE, 37 Point Sales Copy 'Acid Test' so you can fix your copy and boost your response

YES: Give me the FREE Sales Copy Acid Test
Close

Get The Sales Copy Acid Test

Plus ongoing tips and resources